The safety and welfare of all our SEC Teens family is our number one priority and following the recent UK government advice to practice social distancing, we have now made the decision to postpone all our events from 1st April to 1st September 2020. This decisive action is to protect our teens and our team.

Please stay tuned to this page and our social medial accounts for live updates.

Let us remember that our hope is in the Lord and we will trust in His deliverance.

Thanks to you for your continued support 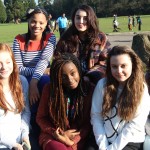 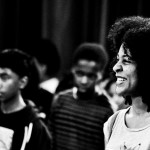 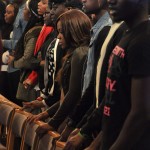 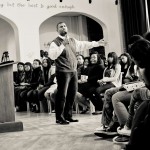 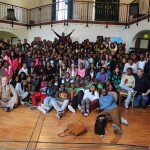 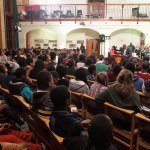 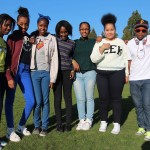 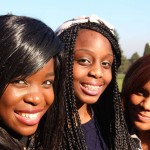 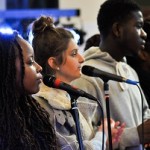 ‘An amazing spiritual experience’, ‘A blessed week’, ‘A fun week’, ‘A powerful week’, and definitely ‘A God fearing week’. From the 13th to the 17th of February, the SEC Teen Ministries held their fourth Prayer and Bible conference with an outstanding number of teens and youths from all over the county to gather together to do one thing; Pray.

Held at the magnificent Stanborough Secondary School in Watford, the venue held up to 109 teens with the help and guidance of volunteers and the Teens directors Pastor Dejan Stojkovic and Nana Bonnie.

The week kicked with a short opening programme which involved a fun filled ice-breaker to get everyone warmed up and introduced, followed by a lively song service by a great band and a formal introduction to the rules and regulations of the week.

To officially start off the programme, an inspirational word was given to the congregation by Pastor Ryan Simpson; who was the main evening speaker for the week. Pastor in, and Youth and Pathfinder Director of, the Bermuda Conference, pastor Simpson set a high standard for the eager listeners.

Jeremiah 29:11- “ For I know the plans I have for you,” declares the LORD, “plans to prosper you and not to harm you, plans to give you hope and a future “

Throughout the weekly evening worship, Pastor Ryan Simpson let God take hold and “spoke to hearts across the room”. Making it evident that the teens ‘Future’s are so bright, they have to wear sun glasses’. Speaking on:

The services would continue with a refreshing morning worship and bible study with an afternoon workshop run by Isha prince; Sex and the Sanctuary.

The sexes were separated due to confidentiality policies within the workshops.

The workshops were aimed at equipping the young men and women to live lives of purity in Christ.

Also touching on the healing from past impurity if it had existed in their past lives to eventually help them develop and have ‘vibrant passionate sexual relationships in the context of marriage as God intended.

“The workshops we did were fun and informative but also made me fill more able to go out and handle whatever comes my way as long as am able to take Christ with me.”

During the recreation brakes, the teens would find themselves gathering together and socialising with one another. Some would form teams to play football or basketball, and other outdoor games. Whilst others enjoyed the common room areas as a chance to just talk and get to know. Meanwhile one afternoon, a group of girls had the chance to go to the local swimming facilities where they ‘sang in the sauna rooms’ and had a session of ‘water aerobics’.

The week highlighted the dependence teens have on God. Realizing that St Augustine’s quote, about filling a ‘God-shaped vacuum’ with only Jesus and His Gospel, is spot on!

Blessed with uplifting sounds from the Anointed saints and Heritage singers, many youth shared their testimonies and were able to share the blessings that God had provided them with so far in their journey.

Living our destiny a drama group which was created during the week performed a reflective piece on what they had learnt and hopefully that’s not the last performance they will be making.

The week was indeed a blessed one and every attendee can’t wait for the next one.